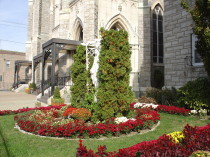 St. Adalbert Church was founded by a committee of twelve in 1903 through Archbishop Ryan. The initial church and school was built in 1905 but proved to be too small for the growing Polish immigrant community. In 1908, the cornerstone for today's church building was laid, and opened in August 1909. During that period, the first wing of St. Adalbert School (today Our Lady of Port Richmond Regional Catholic School) was constructed.

Fr. Monkiewicz was appointed the first pastor of St. Adalbert Church, and served until his death on June 3, 1946.

Today, the parish of St. Adalbert continues to serve the Polish-American community of Port Richmond and surrounding parts of the city and suburbs.

St. Adalbert Parish School was expanded in 1953 with an additional wing and modernization of the school auditorium.﻿

July 1946: Fr. Francis Palecki was appointed the second pastor of St. Adalbert Parish and served until his retirement on October 13, 1968. Msgr. Jaworowski succeded Fr. Palecki on the same day.

1964: The Rosary Society made a gift of a seven-foot statue of the Blessed Mother, which was erected on the rectory front lawn. 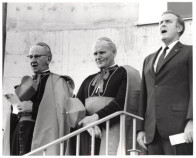 On August 2, 1976, the 41st Eucharistic Congress was held in Philadelphia. Msgr.

Jaworowski was chairman of the Polish Committee for that Congress. Bishops from

Poland concelebrated a Mass in St. Adalbert Church and ate a Poor Man's Supper. Cardinal Karol Wojtyla, the Archbishop of Krakow, was the main celebrant

with over twenty concelebrants.

On October 7, 1987, then Vice-President George H.W. Bush visited St. Adalbert to give a report on his recent visit to Poland.﻿ 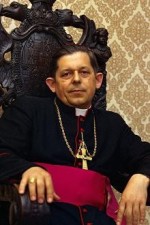 On June 3, 1984, Msgr. Anthony Jaworowski celebrated the 40th Anniversary of his ordination to the priesthood. On September 12 of that year, Msgr. Francis Palecki died after serving 26 years as the pastor. He was responsible for many of the improvements

In April 1989, Frances Siedliska, Foundress of the Sisters of the Holy Family of Nazareth was beautified in Rome. 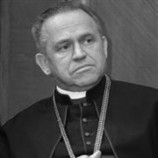 Msgr. Jankowski was the first chaplain who would say Holy Mass for Solidarity strikers in the Gdansk shipyard, earning him the moniker of “Solidarity Chaplain.”﻿ His contacts with American Polonia also helped with the procurement of much needed medicine.﻿ Msgr. Jankowski died July 12, 2010 in Gdansk, Poland.

Father Pohl would serve at St. Adalbert until his retirement in 2003, and continue to split his time between St. Adalbert in Philadelphia and Poland until his death in 2012.

On June 29, 1994 Father Francis S. Feret, pastor of St. Peter Parish in Pottstown is installed as the 4th pastor of St. Adalbert Parish. On June 14, 1998, Fr. Francis Feret received the honor of becoming a Monsignor.

On August 9, 1998, St. Adalbert hosted the Officers, Directors and Delegates to the National Convention of the Polish Roman Catholic Union of America. Cardinal Adam Maida was the main celebrant of the Mass. Cardinal Bevilacqua presided. 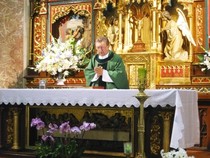 Father Gorka, who had been administrator pro tem, was transferred to Sacred Heart Parish in Swedesburg, Pennsylvania.

December 2013 - Restrooms are installed in the rear of the church

February 22, 2014 - REVEREND MONSIGNOR ANTHONY E. JAWOROWSKI dies. He was ordained June 3, 1944 by Bishop Hugh Lamb and served as an associate pastor at St. Anthony of Padua, Cumbola; St. Hedwig, Chester; St. Mary of the Assumption, Coaldale; St. Casimir, Shenandoah; and as a faculty member of Pius X High School, Pottstown. He was a Pastor at Sacred Heart Parish, Clifton Heights and retired as Pastor of St. Adalbert Parish, Philadelphia after 22 years in 1994.

July 2015 - Preparation for the World Meeting of Families & Pope Francis' visit to Philadelphia: The Martyred Sisters’ House on the corner of Allegheny and Edgemont was been renovated both inside and outside. This work cost the parish nothing. The work was donated by Mr. Wojciech Spadlo and
his employees for their many hours working on the walls. Mr. Spadlo introduced us to Mr. Grzegorz Wojtera of Trenton who donated all the needed materials. 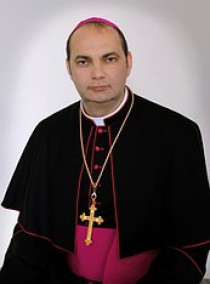 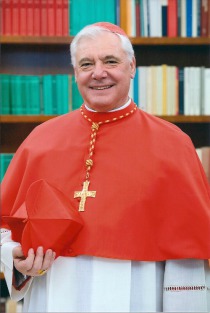 St. Romaric: Saint of the Day for Thursday, December 08, 2022 (Thu, 08 Dec 2022)
In the account of St Amatus of Remiremont it is related how he brought about the conversion to God of a Merovingian nobleman named Romaric, who became a monk at Luxeuil; and how they afterwards went together to the estate of Romaric at Habendum in the Vosges, and established the monastery which was later known as Remiremont (Romarici Mons). The father of Romaric had lost his life and his lands at the hands of Queen Brunehilda, and his young son became a homeless wanderer; but at the time of his ...
>> Read more